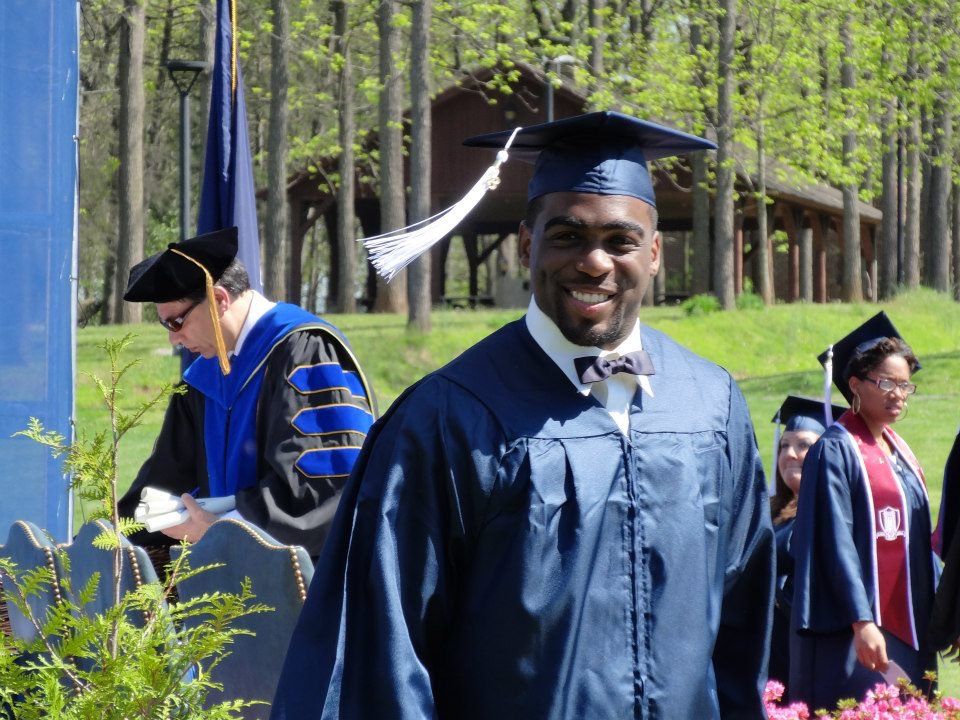 Rodney became involved in Inn Dwelling programming in the 6th grade as a student at St. Martin de Porres. While in middle school, Rodney developed a deep love of reading; he would read anything he could get his hands on—from fiction to magazines to newspapers in other languages. This love led him to receive the De Ann White Love of Reading award. For Rodney, reading was an escape from reality, his only mode of transportation to places outside of Philadelphia, and “a place where I felt secure in my thoughts and the imagination of the author.” Reading also lent itself to finding his authentic voice through writing.

From St. Martin, Rodney moved on to La Salle College High School. Rodney doesn’t mince words about his initial reaction to the program demands: “At first, I didn’t want to go. I didn’t see the point in being anywhere after school for 2+ hours. I had yet to fully recognize my own potential. I didn’t recognize the path it would lead me on then: the path of self-discovery, the path of higher learning, the path that would require so much to attain the dream I had in the back of my mind.” Over time, Rodney began noticing a change in his preparation and studies. He became more involved, running a bible camp in Alabama and receiving certification in Macro Economics at Manor College over separate summers. He excelled at La Salle, particularly in the sciences, obtaining the highest grade average over his four years. Rodney says this accomplishment was huge for him: “I had been dealing with an internal debate if I belonged at La Salle. I would hear people say that some kids were well on their way to scaling the mountain, while kids from my background not only weren’t climbing the mountain but didn’t even know which direction to turn to find the mountain’s base. Achieving such a high mark quieted those doubts and supported the mindset that Inn Dwelling had been preaching all along. I didn’t start where everyone else started, but I’m here making my own ascent up that mountain.”

In 2008, Rodney matriculated into Penn State to study Communications; after graduating with his Bachelor’s, his network at Inn Dwelling helped him obtain his first position in the working world at Cristo Rey High School as their Work-Study Coordinator. The mission at Cristo Rey encapsulated Rodney’s personal mission and his desire to shape youth. Everything seemed to be going in the right direction, says Rodney.

Then, in late 2017, Rodney experienced profiling at the hands of Philadelphia police. He was pulled over and watched helplessly as cops unlawfully searched his vehicle. He was arrested and faced a litany of charges. Rodney’s fears were realized that day, and his fear of disappointing his mentors made him hesitate to reach out to Inn Dwelling staff. To Rodney’s relief, when he did reach out, they believed in him and worked quickly to remedy the situation. Inn Dwelling was instrumental in helping Rodney find a competent legal team, and they called after every court hearing. “When I had no one to turn to,” Rodney shares, “Inn Dwelling was there for me. In reality, I realized they’d never left. They’ve been behind me the whole way, through every trial and tribulation.” After a year and a half spent fighting the case, Rodney’s name was finally cleared.

Today, Rodney has moved on to a position with the Welcoming Center for New Pennsylvanians. In his role as a Small Business Technical Assistant, he works to uncover funds for small businesses, runs programs focused on revitalizing small business in targeted Philadelphia commercial corridors, and inspires small businesses to create their own collaborative ecosystem. Over the past year, with Inn Dwelling support, Rodney has also been invited to work on 3 political campaigns with Governor Wolf, Senator Casey, and Representative Rabb. These connections paved the way for him to properly reinsert himself back into the work force after what he faced.

When Rodney reflects on his time at Inn Dwelling, he highlights how the initial impact we made on him has created ripple effects. “Inn Dwelling was my safe space, where I was accepted regardless of the baggage I brought with me. They say it takes a village to raise a child. Inn Dwelling was the community and village needed to raise me. My neighborhood was headed down its own destructive path, and my mom worked 3 jobs to provide for my family. Inn Dwelling changed the trajectory of my entire family by investing in me and my sister Reina; truly, the mark Inn Dwelling has left on me and my family is indelible. They took a broken kid who was bright but unsupported in the ways needed to truly survive and thrive, and they changed his outlook on life. For me and so many others, Inn Dwelling is the temple at which we seek refuge, the family you never asked for but is always there for you, the gardener who waters his plants in hopes of enriching the soil so seeds of the future can flourish without struggle.”

As for the future? Rodney has big plans to obtain either a psychology certification to counsel or attend law school down the line. Eventually, he wants to start his own business to create jobs and wealth in his community (better watch out! He’s a triple threat, with ideas to start a nonprofit centered on teaching viable professional skills to inner city students, a smoothie business aimed at holistic health, and a real estate company prepared to change the narrative in his neighborhood by providing housing for young men and women experiencing homelessness).