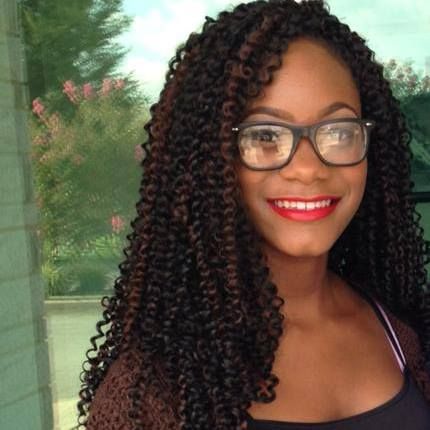 Jamilah is a 2015 alumna of Inn Dwelling's program and graduate of Merion Mercy Academy. In Fall 2015, Jamilah matriculated into Villanova University as a Global Interdisciplinary Studies major with a focus on Cultural Studies and a minor in Spanish.

During her freshman year, Jamilah was faced with the passing of her grandfather; while she grieved, she struggled to maintain a high level academic performance. Determined to get the support she needed and move forward, Jamilah worked tirelessly with her advisors. In Fall 2016, she became a sister of Lambda Theta Alpha Latin Sorority, Inc. and began serving in officer positions, giving her the structure she needed to cope and the leadership opportunities to develop.

Today, Jamilah is TESOL Certified and teaches adult ESL classes in Kensington, serves as a Cultural Ambassador on campus, and represented Villanova at this year's National Conference on Race and Ethnicity in Higher Education in New Orleans, all while being employed at Villanova's School of Law as a Spanish Interpreter for refugees seeking asylum. At the beginning of this past summer, Jamilah applied for a Fulbright Scholarship to teach English in Brazil.

For Jamilah, she has been able to overcome much of what she has faced because of Inn Dwelling: "My accomplishments were made possible by my sheer resilience--a quality Inn Dwelling instilled in me. I think of Inn Dwelling often when I reflect on the things in my life that have prepared me for what I have been through and what is to come. I will bring Inn Dwelling along on all my next steps in life as I grow and persevere.”